Aisha Buhari has stated that she would now be addressed henceforth as First Lady of Nigeria, a title she didn’t want to go by before.
According to her, this is to help resolve the issue of title of wives of governors.
She made this know at an event held at the Banquet of the Presidential Villa in Abuja during which she presented awards to the wives of former and current governors of the 36 States in Nigeria .
“When my husband was newly elected , I personally chose to be called the wife of the President.
“But, I realised that it causes confusion from the state as to whether the wives of state governors are to be addressed as the first ladies or wives of the governors .“So , forgive me for confusing you from the beginning , but now I chose to be called the first lady , ” she said. 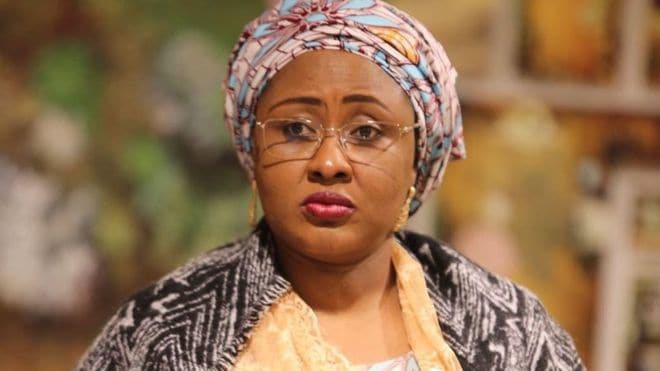 Related Topics:News
Up Next

“It’s better to get stoned than to get drunk”- Nigerian lady calls for the legalization of mar!juana