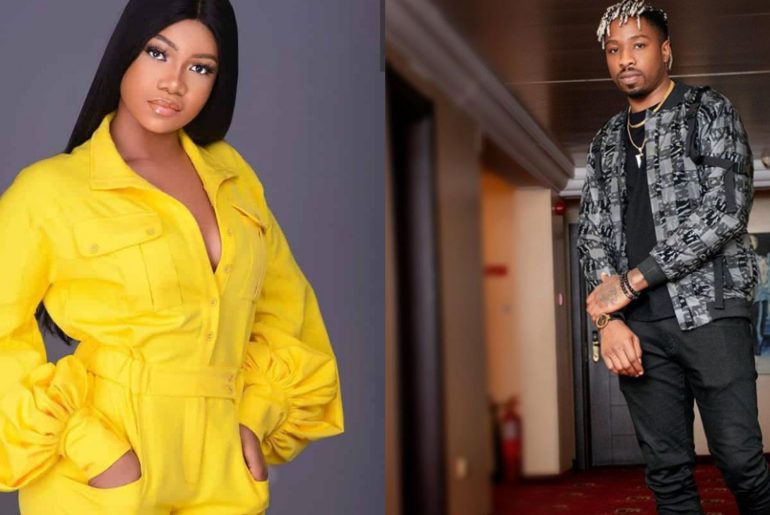 Former Big Brother Naija housemate, Ike has revealed what he’ll do to three other housemates in a game of ‘kill, marry and kiss.’

The reality was in a game show when he was asked whom he’d kill, marry or kiss between three female housemates from the just concluded BBNaija TV show, Jackye, Tacha and Thelma.
Ike, after thinking for a short time, revealed that he’ll marry Tacha, Kill Thelma and kiss Jackye.
He was also asked how many bandanas he has and he replied that he doesn’t know anymore as he has lost count last year.
Watch the video below:-

Policemen who extra-judicially killed disarmed suspects are released from prison

Nigerian Police asks lady for the receipt of her dog