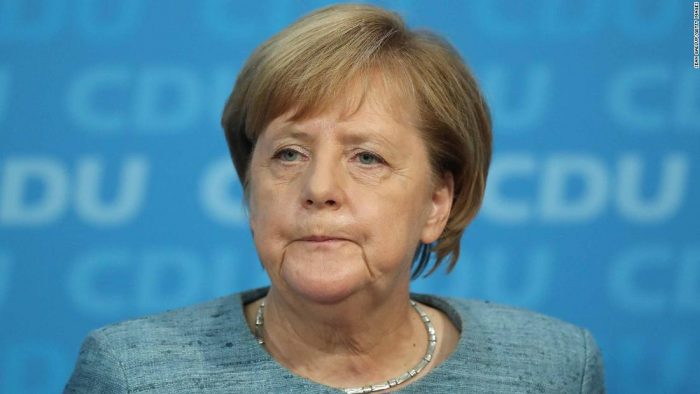 German authorities detained an Islamist who was deported from Turkey with his family on Friday as Ankara continued to deport individuals with alleged affiliations to the Islamic State terrorist group to their European countries of origin.
This was disclosed by Martin Pallgen, a spokesman for the Berlin state interior ministry.
Pallgen said, “The father was transferred to the judicial authorities based on an existing arrest warrant”. The warrant is understood not to be terrorism-related.
The man, who is considered a member of the Salafist movement, is currently in a Berlin prison awaiting transfer to Lower Saxony.
Pallgen added that the rest of the family – the suspect’s wife, his two sons, two daughters, and one grandchild – had left Berlin, where they arrived late Thursday from Turkey.
Turkey described them as “foreign terrorist fighters”.
German Chancellor Angela Merkel said on Friday that each suspected Islamist deported by Turkey would be assessed in counter-terrorism centres run by the federal government and the individual states.

How 5G will destroy humanity. The end comes with 5g. Find out the dangers of 5G (Video)