Connect with us
A serious fight has ensued between an okada rider and his passenger over a minor disagreement. 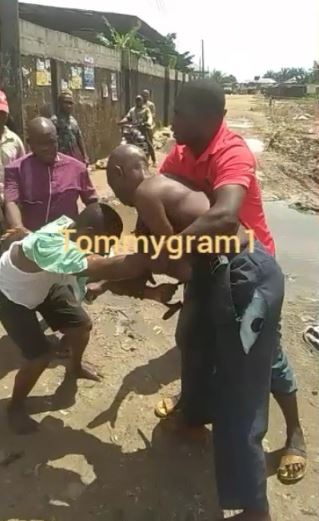 There was pandemonium in Oyigbo Local Government Area, Rivers State recently  after an Okada rider and passenger exchanged serious blows over N50 change.
According to an eyewitness, fight reportedly broke out due to the fact that the Okada driver charged his passenger 100 Naira for a trip which the aggrieved passenger claims he normally pays 50 Naira for, especially during day time.
When things couldn’t be settled with words of mouth, the two decided to engaged in a violent fight.
Watch video below: